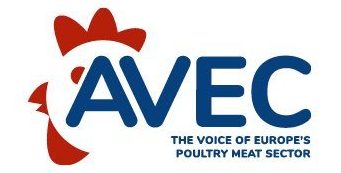 AVEC, the association of poultry processors and Poultry trade in the EU countries, is a voluntary, non-profit association created in 1966 with the objective of representing and promoting the interests of the European poultry sector. Our members are national organisations representing poultry processors and the poultry trade in 16 EU countries. AVEC’s members represent 95% of the EU poultry meat production. By promoting the interests of the European poultry meat sector as an umbrella organisation, we represent a strong and dynamic entity prepared to handle the present and future challenges of our industry.

The recruitment of a specialized executive agency is necessary, to plan and execute the actions covered in this program in case AVEC successfully gets selected by CHAFEA. AVEC expects a sustainable partnership with the implementing agency, based on high mutual confidence, considering the budgets involved and the need to sustain our AVEC members’ confidence via the proposed program.

AVEC will be the proposing organisation and will receive support from the AVEC members from Italy (UNAITALIA), France (CIDEF-FIA), Germany (BVG), Poland (KRD) and Netherlands (NEPLUVI). A consortium agreement will be defined between AVEC and the afore-mentioned members to define their relation. The agency will have to deal with AVEC as proposing agency, but also with all these members individually to implement the program in their respective target countries.

The campaign will promote EU poultry meat in general, meaning that a focus on the different species (chicken, turkey, guinea fowls, ducks,…) is possible depending on the different activities and targets.

This program could include the following activities:

The program will have a total budget of 5.500.000 € available for execution of the actions by the executive agency and for a total duration of the program of 2 years.

2/ ELEMENTS EXPECTED IN THE BID

The detailed proposition (PowerPoint format preferred) should be sent imperatively in English to Ms. Birthe Steenberg (bs@avec-poultry.eu) and should include:

The proposal should take into account the compulsory EU signature and other graphic elements as stipulated in Regulation EC/1144/2014 and related legislation. The selected executive agency will need to strictly adhere to these criteria for all actions planned and carried out, as non-compliance with these EU rules would lead to non-eligibility of the actions and loss of funding. In case AVEC dossier will not be selected, the implementation of the campaign should off course have no purpose.

Actions carried out by the executive agency under this program may fall under the following activities:

The selection will be done by a jury composed of AVEC’s Secretary General as well as AVEC members from Italy, Poland, France, Germany and Netherlands which are involved in the project. 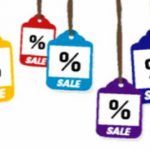 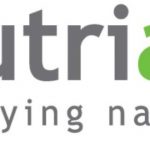 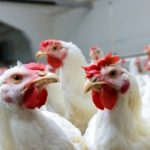